There are five types of insulin. They vary by onset (how soon they start to work), peak (how long they take to kick into full effect) and duration (how long they stay in your body).

You may have to take more than one type of insulin, and these needs may change over time (and can vary depending on your type of diabetes).

Rapid-acting insulin is taken just before or after meals, to control spikes in blood sugar. This type is typically used in addition to a longer-acting insulin.

You can take it a few minutes before eating or as you sit down to eat, and it starts to work very quickly.

Short-acting insulin covers your insulin needs during meals. It is taken about 30 minutes to an hour before a meal to help control blood sugar levels.

This type of insulin takes effect in about 30 minutes to one hour, and peaks after two to four hours. Its effects tend to last about five to eight hours.

The biggest advantage of short-acting insulin is that you don’t have to take it at each meal. You can take it at breakfast and supper and still have good control because it lasts a little longer.

Intermediate-acting insulin can control blood sugar levels for about 12 hours or longer, so it can be used overnight.

It begins to work within one to four hours, and peaks between four and 12 hours, depending on the brand.

Long-acting insulin has an onset of one hour, and lasts for 20 to 26 hours with no peak.

This insulin type tends to cover your insulin needs for a full day. It is often taken at bedtime.

These long-acting insulin provide 24-hour coverage, and have been helpful at achieving good blood sugar control in type 2 diabetes with just one shot.

This type of insulin combines intermediate- and short-acting insulin. It is often taken twice a day before meals. It should be taken 10 minutes to 30 minutes before eating.

Pre-mixed insulin takes effect in 5 to 60 minutes, and its peak times vary. Its effects last from 10 to 16 hours.

Pre-mixed insulin was designed to be more convenient. But not everybody has the same insulin requirements, so they don’t fit neatly into the pre-mixed categories.

Insulin cannot be taken as a pill because it would be broken down during digestion just like the protein in food. It must be injected into the fat under your skin for it to get into your blood.

In some rare cases insulin can lead to an allergic reaction at the injection site. Talk to your doctor if you believe you may be experiencing a reaction.

Diabetes Support Site is a participant in Affiliate Program such as the Amazon Services Associates Program.  Affiliate advertising program designed to provide a means for sites to earn advertising fees by linking to Amazon. 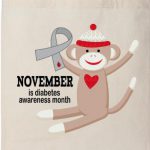